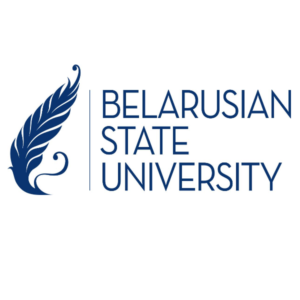 The Belarusian State University is a leading scientific, educational, innovation and cultural centre of the Republic of Belarus. Belarusian State University (BSU) Minsk, Belarus, was founded on October 30, 1921. It exercises its’ potential which is based on the best domestic and international experience in order to comply with intellectual, cultural and social demands and interests of the individual, society and state and to facilitate the sustainable development of the country. The University Strategy is based on creative cooperation of academic staff and students and aimed at:

The entire complex of the Belarusian State University includes 16 faculties and 6 educational institutes, 10 educational establishments, 10 research and development institutes and centers, 41 research and developments laboratories, 10 innovation and production enterprises. The entire complex of the BSU includes about 8500 staff including about 3000 teaching staff and 500 research staff.

Today the BSU includes 4 research institutes, 3 national scientific centers and 7 unitary enterprises. The research carried out by the university staff at faculties and departments is coordinated and directed General Directorate of Science. Annually more than 1000 various scientific publications and more than 5000 articles are publishes, more than 100 scientific and practical conferences are held.

Belarusian State University is one of the leading universities at the market of development projects. Currently, the university holds 297 assignments (tasks) on 12 state programs of research. BSU is a leading organization and executor in 8 programs.

The University is an umbrella organization-executor of SSTP «Standards and scientific instruments”, 2011-2015, (sub-program “Scientific and educational equipment”), and the Research Institute of Physical and Chemical Problems of BSU is an umbrella organization-executor of SSTP “Chemical technology and production, 2011-2015 (subprogram “Low-tonnage chemistry”) and an umbrella organization-executor of SSTP “Pharmaceutical substances and drugs”, 2011-2015, (subprogram “Drugs”). In 2002, a scientific and technological project “biodiesel” was launched. Here BSU acts as the government customer and executive in charge. The technology is aimed to produce a clean fuel for diesel engines from renewable raw materials – rape. Within the framework of the State Program of innovative development of the Republic of Belarus for 2007-2010, the technology developed in the Institute of Physical and Chemical Problems, BSU, on the basis of JSC “Grodno Nitrogen” put into commercial operation production of fatty acid methyl esters (biodiesel) capacity of 7 tons and mix diesel biofuel with capacity of 140 thousand tons per year. In 2008, 107 tons of the mix of biodiesel in the amount of BYR 147.0 billion was produced and sold to consumers.

BSU research institutions created more than 300 products represented in a database of scientific and technical products of the university. Among the most interesting developments of SPC of food supplements of UE “Unitechprom BSU” is complex technological additives to stabilize the quality of flour, phytocompositions for bakery and confectionery products based on phyto-raw materials, compositions of bakeries for people with impaired protein metabolism to prevent cardiovascular diseases, etc.

Today university has over 400 international agreements signed with universities and scientific institutes out of more than 50 countries of the world and that makes the BSU country’s leader in this field. Among the BSU partners are the leading European HEI’s, such as Bochum, Jena, Oldenburg, Leipzig universities in Germany, university of Toulouse and Savoy in France, universities of Padua, Trento, Perugia in Italy, Barcelona, Granada and Malaga universities in Spain, universities of Warsaw, Wroclaw and Krakow in Po-land, Charles and Karlow universities in Czech Republic, Vilnius and Latvian universities in the Baltic states, and many others.